Labor Day: The End of Summer

Labor Day: The End of Summer 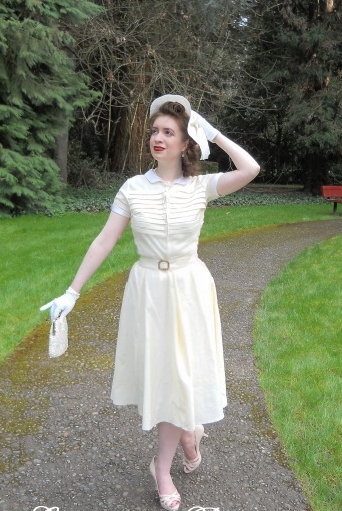 The other day I mentioned in the Discussion threads of my BBArtisans Team (Blogging Business Artisans) – that with Labor Day Weekend approaching, that is “was the Last Week of Summer”!

Natasha, one of our Members’, commented that I must be from NY as I mentioned Labor Day marking the “End of Summer”.  Her comment was – “I can tell you’re from the North because of your comment about summer! My mom is from Boston and still worries about the “no white after Labor Day” after 30+ years in the South. Is that even still a thing in North?”

Well actually I had never thought of it being an East Coast event.  Truthfully, I thought everyone celebrated “Labor Day” as the end of Summer.  As Natasha lives in Hawaii – I do suppose there isn’t much need to celebrate the “End of Summer!”

My favorite was her comment about “no white after Labor Day”!!!  Well yes, that is another (I am guessing) an East Coast thing. Again, I commented that I would be spending my Labor Day Weekend packing up my white items –NOT.

Coincidentally, the next day I came across this article which I thought based on the subject, was appropriate to share!

Besides being a holiday held to celebrate the lives of working people, Labor Day is also deemed as the (unofficial) end of Summer—and the halt to wearing white clothing, at least until May. At some point, we’ve all heard the phrase, “Don’t wear white after Labor Day.”

Dating back to the early 1900’s, one theory that held true was that many progressive changes were occurring for American women. Social acceptance for wealthy women, especially in the East, and New York (the fashion capital) that your status was based very much on what you wore – and when you wore it.  White was only worn during the Summer months, as one could afford to wear the “light-weight clothing” and then be able to purchase warmer clothing during the colder months.

By the 1950s, Women’s Magazines, which dictated what the fashionable woman should wear, started making this “no white after Labor Day” ordinance a little more public, basically making the proclamation official. Wearing white only between Memorial Day and Labor Day was now the norm for the American Woman!  Well I guess this was, and still is, the socially accepted norm of those living in the East.

I also mentioned in my comment that one would never leave the house without wearing their “fashionable” white gloves.  In my younger days, this was the norm of every household.  One would never think of going to Church without their “white gloves”!!

Well thank goodness for the 1960’s and 1970’s, when based on the changes in fabric, wardrobes changed completely.  White gloves were pushed to the back of drawers, and blue jeans became the fashion statement of the times.

Although I still have my “white gloves” from my childhood days, we still look to the Labor Day Weekend as the end of Summer. So, following instilled traditions, my “white’s” are relegated to the back of my closet, and my “year-round jeans” now have new accessories to compliment the cooler weather.

So, Natasha, I guess what your Bostonian mother always told you “No White after Labor Day’ was right on!!! and I am guessing all those living in the Northeast have grown up with these same “fashion” traditions. 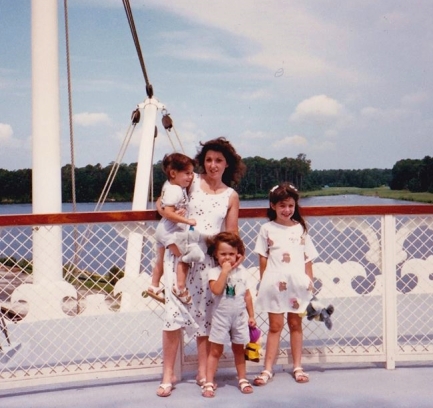 My children and I in our “Summer Whites”!!!

For as long as I can remember, I have always been interested in various crafts. After crocheting for many years, recently I started designing OOAK jewelry pieces, always learning new techniques as I continued. I also have always loved to write, so I look forward to being a part of this Blog as one it's contributors. As a lifelong resident of NY, I am busy with my two shops on Etsy: MagdaleneJewels (OOAK designed jewelry items: Necklace,Bracelets, Earrings,rings): also, MagdaleneKnits (Crocheted & Knitted items for Newborns to Adults) I can also be found on FB, Twitter, Pinterest, Word Press, YouTube. My Blogs are: http://pamelabaker.wordpress.com I also intend to bring tutorials to help you develop your Shops more effectively to increase your Views and Sales on the various mediums you may be selling your work on. I am always a convo or email away if you have any specific questions I can help you with.
View all posts by Pamela Baker →
This entry was posted in All Members, BloggingBusinessArtisans, Family Life, Labor Day, MagdaleneJewelsBlog, My Personal Blog, Uncategorized and tagged #BBArtisans #LaborDay #, #Family, #My Blog, #WordPress, September. Bookmark the permalink.

writes one short story every week

The world around through my camera's lens

The Smile you send out always returns..Indian Wisdom

Breaking News, Sports, Weather, Traffic And The Best of NY

Just a simple diary of my art!

Everyday Living
A Note From Abroad

“Twenty years from now you will be more disappointed by the things that you didn’t do than by the ones you did do. So throw off the bowlines. Sailaway from the safe harbor. Catch the trade winds in your sails. Explore. Dream. Discover.” ~ Mark Twain

A man who served in Korea. A woman with a past. It's a new beginning for the end.

Putting music to words, and words to pictures ~

One Family's Adventures in Windsor, CO

4 out of 5 dentists recommend this WordPress.com site

My experiences in Italy and the world

The Casual Way to Discuss Movies

Sharing my passion of watercolor painting, sketching, and photography

Nature's nuances in a nutshell

Made of sticks and stones

Welcome to the Monkey House

Crochet Along With Me

Celebrating food and all the joy that comes from creating and eating it.